Women on the Move

CONGRATULATIONS to our WHF-PA members on their promotions!

Toki was promoted to Developer at Pennrose in January 2018!  Toki Rehder joined Pennrose in December 2013.  As a member of the real estate development team, she is responsible for all aspects of the development process, from concept to completion.

At Pennrose, Toki has developed projects in Pennsylvania and New Jersey. Prior to joining Pennrose, Toki worked at The Enterprise Center as the Associate Director of the Minority Business Development Agency Business Center of Pennsylvania (MBC-PA).  In in that role, she helped minority-owned small businesses find contract opportunities and respond to RFPs.  She also managed relationships with clients and strategic partners and organized diversity outreach events for large projects in the Philadelphia area.

Prior to joining The Enterprise Center, Toki practiced as an attorney for about 8 years, most recently as an insurance coverage litigation attorney at an international law firm. In 2011, she left private practice to pursue her interest in neighborhood development. After leaving the law firm, she worked at a number of Philadelphia non-profit organizations, including Asian Arts Initiative, Philadelphia Chinatown Development Corporation, and Scenic Philadelphia.

Toki graduated from Swarthmore College with a Bachelor of Arts in Sociology & Anthropology.  She also holds a J.D. from Georgetown University Law Center and has completed course work on real estate development through Temple University Real Estate Institute and National Development Council.

In 2017, Karyntha was promoted to Vice President of Development.  Karyntha Cadogan has worked within the affordable housing industry since 2006, and her passion for her work continues to grow every day.

After graduating from Columbia University with a Masters in Historic Preservation, Karyntha became a housing policy research assistant for the Fannie Mae Foundation. Massive flooding had just devastated New Orleans, MS post-Hurricane Katrina, creating an opportunity for her to explore the economic and racial inequality at a time when the Foundation wanted to play an integral role in the City’s redevelopment. The exploration established her interest to create impact in the affordable housing industry.

In 2007, Karyntha pursued an assistant developer role at a North Philadelphia community development corporation, Women’s Community Revitalization Project (“WCRP”). She was drawn to WCRP’s mission to build housing that was affordable to very low income families. At WCRP, Karyntha assisted the submission of various financing applications and had a front seat in discussions with residents, community members, and politicians. She saw how a community-based nonprofit tackled real estate development in a rapidly gentrifying climate with precision and intention. Wearing another hat at the organization, Karyntha advised nonprofit day care centers on how to develop new and/or renovate centers within highly regulated constraints. She managed her first deal – the $1.5M funding and renovation of Lincoln Day Educational Center in South Philadelphia.

In an effort to create more impact and further advance her career, Karyntha joined NJ-based Michaels Development Company (“Michaels”) in 2010. She received a rapid introduction to development nationwide and quickly started managing deals in New Jersey and Mississippi – learning how to partner with nonprofit organizations and housing authorities. Those first deals ranged from $8M to in excess of $20M each. She obtained allocations of 4% and 9% Low Income Housing Tax Credits; local Community Development Block Grant Disaster Recovery financing; AHP grants from the Federal Home Loan Bank of NY; and a HUD Choice Neighborhood Planning Grant.

In 2013, Karyntha joined Diamond and Associates (“Diamond”) as a Senior Project Manager. Since joining Diamond, Karyntha has structured, financed, and closed many developments in Pennsylvania and New Jersey:

Karyntha has a Bachelor’s degree in Marketing and Psychology from Georgetown University and a Master’s degree in Historic Preservation from Columbia University. Karyntha was named a 2011 Young Leader by Affordable Housing Finance. Originally from Queens, NY, she loves food and travel and is an advocate for women’s professional advancement in the affordable housing field. 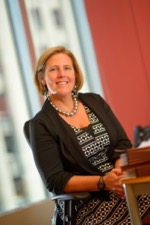 In 2017, Christine (Chris) Paul, Esq.,  was promoted to Executive Vice President of Development.  She has worked in affordable housing and community development since 1999. Chris joined Diamond and Associates in 2014.  While at Diamond, she has advised for profit and nonprofit developers primarily within Pennsylvania. Her LIHTC transactions have ranged in size from $9 to $50 million, with 31 to 225 units, and have included 9% transactions and tax-exempt bond transactions. She has also worked on owner-occupied projects in Philadelphia.

Prior to joining Diamond, Chris served as a Wholesale Loan Administrator in Wells Fargo Bank’s Community Lending and Investment division, working with the construction debt platform for low income housing tax credit (“LIHTC”) transactions as well as assisting with workout transactions.  While at Wells Fargo, she closed deals in multiple jurisdictions, including New York City, New Jersey, the District of Columbia, Virginia, Pennsylvania, Maryland and Florida. The loan facilities she originated ranged from $4MM to $30MM in size and included construction loans for 9% LIHTC deals, letters of credit to credit enhance bond issuances in 4% LIHTC deals, private placement bond purchases in 4% LIHTC deals, a New Market Tax Credit (“NMTC”) origination and the refinancing of an NMTC facility. Her modification and workout portfolio included, among other facilities, a Capital Fund Financing Program loan to the Housing Authority of the City of Sanford, a for-sale condominium development in New York City and a line of credit to the Philadelphia Housing Authority.

Prior to joining Wells Fargo, Chris was Real Estate Development Coordinator and In-House Counsel at the Women’s Community Revitalization Project.   Her deals at WCRP were located in Philadelphia and ranged in size from 25-77 units, with project budgets in the $10-$15MM range.  She supervised the facilities development consulting staff who provided technical assistance on projects ranging in size from $1M to $3MM, developing child care and other community facilities.

Chris also served as Vice President for Legal Services at Friends Rehabilitation Program, Inc. where she worked on LIHTC and homeownership development projects, ranging in size from 10 units to 90 units with project budgets in the $2.5-$18MM range. She has served as a Clinical Instructor and Director of the Temple University Beasley School of Law Center for Community Nonprofit Organizations, and started her affordable housing and community development career as a Staff Attorney for Regional Housing Legal Services.

She earned her BA at Georgetown University and her MA and JD at Temple University.  She was Chair of the Real Property Section of the Philadelphia Bar Association in 2009. She currently serves on the boards of RHLS, Pensdale Village I and Pensdale II. She helped to launch a PA chapter of Women in Housing and Finance and is co-chair of the Steering Committee. Chris grew up in a Philly suburb and has spent her adult life living and working in Philadelphia, including in homeless services, prior to and during law school. 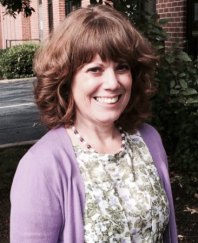 Laura joined (M&L) in 2010 after spending nine years as the Administrator of Operations for the Adams County Housing Authority and its two affiliated non-profits. She is well-versed in all facets of affordable housing including the creation of non-profit entities, development, and compliance monitoring.

During her time with M&L, Laura has successfully obtained Low-Income Housing Tax Credits and gap funding for clients, working in Pennsylvania and New Jersey. She has also assisted with completing Analyses of Impediments to Fair Housing Choice and the reviews of Public Housing Authorities 5-Year and Administrative Plans in five states and Puerto Rico. She specializes in securing federal, state, and local funding through grant writing; sources include the Pennsylvania Housing Finance Agency, the Department of Community and Economic Development, the U.S. Department of Housing and Urban Development, U.S. Department of Agriculture-Rural Development, Federal Home Loan Bank (Pittsburgh, New York and Atlanta), plus Federal HOME, CDBG, and Act-137 funds.

In addition, Laura excels in establishing positive relationships between government, community, and civic leaders, especially though her involvement as a Regional Housing Legal Services Board Member, serving as Secretary of the Executive Committee for Women in Housing and Finance of Pennsylvania, and supporting the PA Developers’ Council as co-chair of the Education & Networking Committee. In 2017, Laura was honored as one of Central Penn Business Journal’s 2017 Women of Influence.

← Register NOW – Advocating and Negotiating for YOU
Updated – Job Openings →