As we wrap up the month of August and say goodbye to summer, we reflect on the season. If you are anything like me, I’m sure you spent the summer working, enjoying family, spending time doing outside activities and watching sporting events. Women’s sports consumed the summer headlines with Serena Williams going for her 24th grand slam to tie Margaret Court’s record and the US women’s soccer team winning their fourth World Cup championship in sheer domination. Now if I’m being honest, the only reason I watched these events is because the women were so dominate and a force to be reckoned with.  As I watched the lead up to the World Cup finals and saw the coverage of Serena from the French Open to Wimbledon, I noted that the news coverage included the sports and their ability to win but then the conversation suddenly shifted away from the sports to “how are these women being paid”. 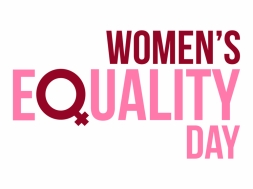 On August 26th we celebrated the 100th anniversary of National Women’s Equality Day, also known as the women’s suffrage movement. The 19thamendment was ratified on August 18, 1920. As the years went by, women were given opportunities to work in jobs previously held predominantly by men.  Women proved to be as effective as men in the workforce and expected to earn the same wages as men.

I wish in 2019 that we still didn’t live in a world where women in any field – sports, medicine, law, technology –  were paid less than men for the same work. Unfortunately, research indicates there is a significant gender pay gap that needs to be closed.[1]

As women in the affordable housing industry and members of WHF-PA, we understand that we must advocate for one another and help each other as much as we can. Just like anything else in this world, when you shine a spotlight on something, people become aware and action can be taken. We have strong women in WHF-PA who hold significant leadership positions and understand what it took to get in those positions.  I’m sure they work every day to bring along the next woman, so our industry can be represented with more and more women.  I’m thankful for women like Serena Williams and Megan Rapinoe for fighting the good fight in the national news and for men and women everywhere  who are advocating for equal pay.  I don’t think change can be made without a collective voice advocating for change.  I’m also thankful for the many women in our industry who are thoughtful about the positions and power they hold, and their willingness to lift up other women along their journey.  Thank you to the men in the industry who respect, value and support women in positions of leadership and their path to get there. I hope in the near future that our industry is flooded with so many capable women that the impact eliminates the pay gap and this day will be observed by looking back and saying, “remember when…” as we celebrate that men and women are paid equally.